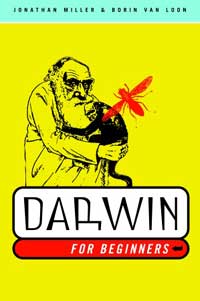 My labmate, Ryan Baldini, recently sent a request to the UC Davis ecology, population biology, human behavioral ecology, and cultural evolution list serves asking for suggestions for “an accessible, non-textbook introduction to evolution (how it works, what it implies, and evidence) to recommend to curious friends and family.”
He specifically asked for works that were more about evolution and less about contrasting evolution with creationism. After getting responses he then, helpfully, compiled a disseminated a list of books with some commentary. I asked him if I could post the list here for a (somewhat) wider audience.

Below are his results.  If you, dear readers, have any additional suggestions, please leave them in the comments.