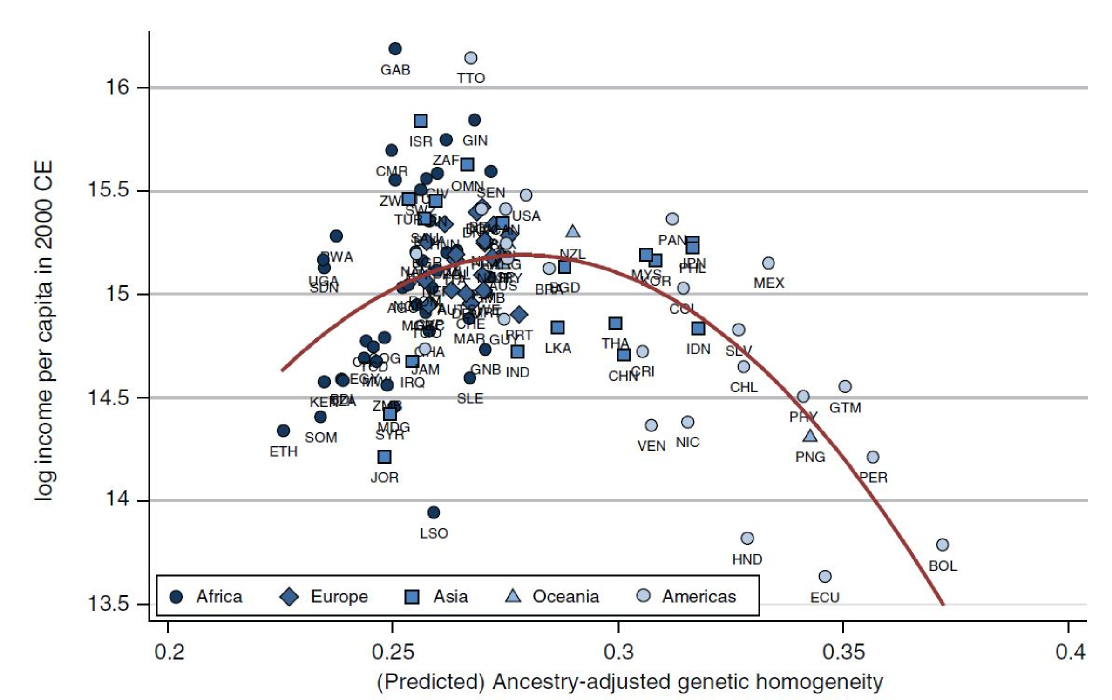 Ashraf and Galor conclude that this relationship supports the hypothesis that “genetic diversity within a population confers both social costs, in the form of miscoordination and distrust arising from genetic differences across members of society, and social benefits in the form of diversity-driven knowledge accumulation.“

Needless to say, this interpretation caused some controversy.  A group of anthropologists (mostly from Harvard) penned a response in Current Anthropology before the original article was even published (ungated version).  Jason Collins, at Evolving Economics, has been covering the fall-out in detail.

Much of the back-and-forth has been about the specific methods employed by Ashraf and Galor.  I am going to leave that to others and instead focus on Ashraf and Galors proposed mechanisms.  For what it is worth, I mostly agree with Andrew Gelman’s take on the other issues.

Critique 1: If any finding is consistent with an hypothesis, finding something is not very good support for the hypothesis.

Ashraf and Galors’s hypothesis, as quoted above, predicts that genetic diversity should have both a positive and a negative effect on economic productivity. The great thing about this sort of hypothesis is that it can explain any observed pattern in the data. 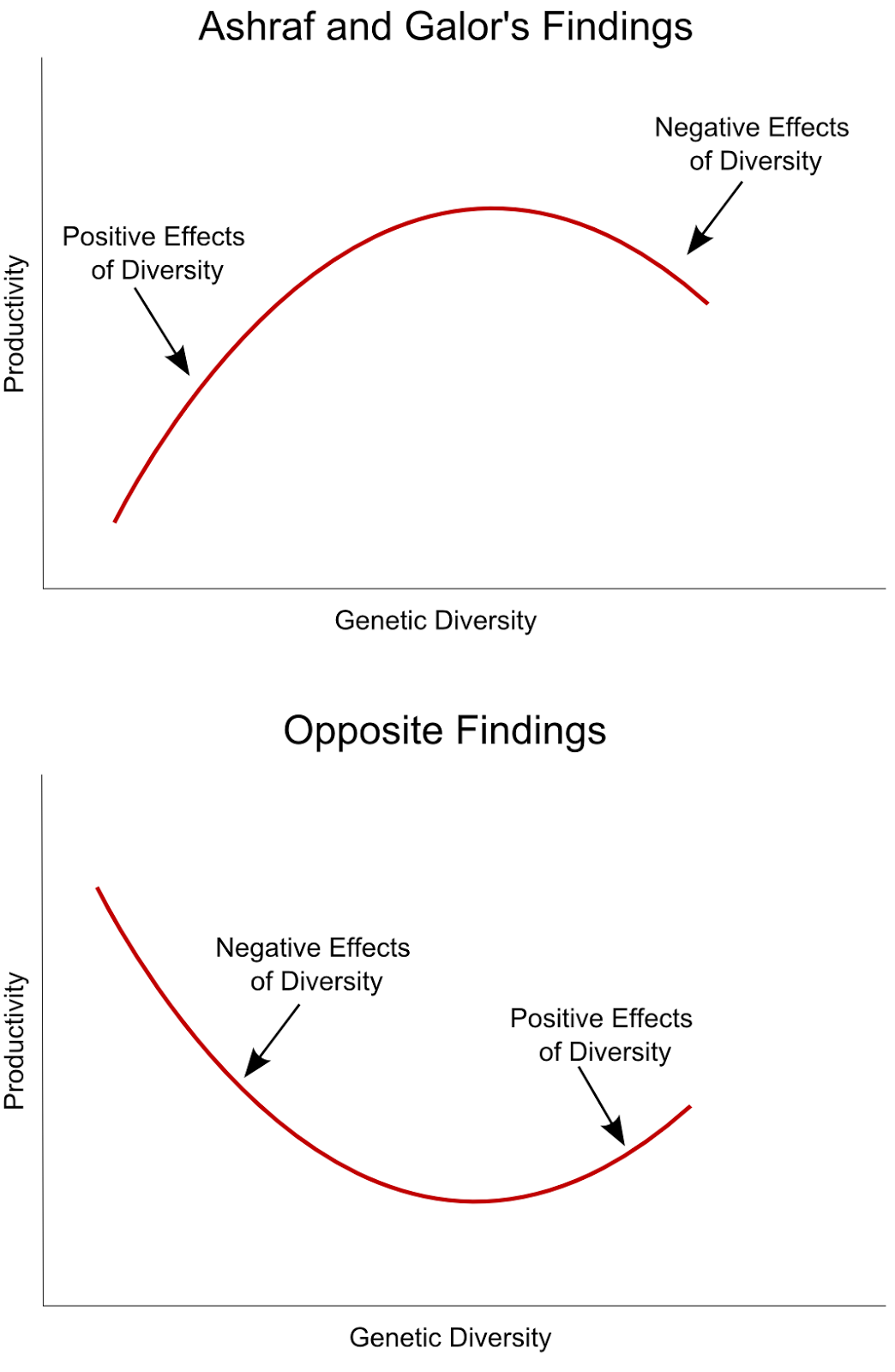 Countries are much bigger than a dozen individuals. Within a country, people might be more cooperative with their immediate relatives, but any genetic diversity beyond that shouldn’t matter.

When they hypothesize that genetic differences cause “miscoordination and distrust arising from genetic differences across members of society” this sounds a lot like kin recognition.  Basically, individuals act differently towards others based on observed genetic similarities and differences. In the classic paper by François Rousset and Denis Roze, they find that even under the most ideal conditions, kin recognition only works in extremely small groups [summary here].

Political scientist Scott Page has two books summarizing research into diversity from a variety of academic disciplines. One of the books’ key points is that are that the important type of diversity in group decision-making and innovation is “cognitive diversity,”  defined as “differences in how people see, categorize, understand, and go about improving the world.”

(Update: After posting this, I saw that Jason Collins posted today on the claimed relationship between genetic diversity and innovation.)

Conclusion: Reasons to Be Skeptical